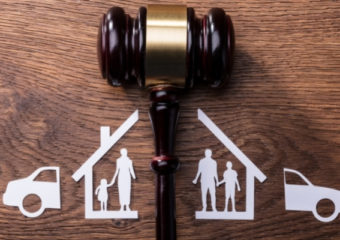 Bigamy (second marriage) is illegal in India and is punishable by the country’s penal code as a crime against marriage. Muslims are exempt from the bigamy statute, which is applicable to Hindus, Jains, Buddhists, Sikhs, Parsis, and Christians. According to the Hindu Marriage Act of 1955, bigamy is one of the grounds for divorce. The second wife has a claim to maintenance but not to any property rights. According to the Law Commission of India’s recommendation from August 2009, bigamy should be deemed a punishable offence, according to the Law Commission’s recommendation.

Without Divorce, second marriage is an offence in India.

The presumption clause is specified in relation to the facts regarding human actions under section 114 of the Evidence Act.

Bigamy is punishable by Section 17 of the Act, which specifies that it would be treated as a criminal offence and subject to the provisions of Sections 494 and 495 of the Indian Penal Code.

Additionally, there are several personal laws that specify provisions about second marriages and their legal status:

Bigamy is prohibited by Section 5 of the Parsi Marriage and Divorce Act and is either penalised under Section 494 of the IPC or dissolved.

Although bigamy is not directly mentioned in this Act, it is said that it is punishable under section 419 of the IPC if the individual getting married had a spouse who was still alive at the time of the marriage. The registration form for marriage is solely for bachelors or widows/widowers.

Muslim Law: Bigamy is not directly mentioned in Muslim law, but the Quran mentions that a man may marry four times in his lifetime or have four wives, subject to the requirement that he treat each wife with respect, love, and equality; otherwise, he may only have one wife.

When is a second marriage regarded as legal?

Even though second marriage is prohibited in India, there are some circumstances when it may be acceptable, including the following:

If the court with authority declares the person’s first marriage invalid,

If the individual getting married a second time has a missing spouse who has been missing for seven years and no one has heard from them, the other party needs to be made aware of this.

If there is no evidence to suggest that the second marriage violates any of these qualifications or exceptions,

Legal Rights for Second Wife: The second wife has no legal rights, but there are remedies, because a second marriage during the duration of a first marriage has no standing because it is void. The second wife may launch a case for cheating if a guy marries a woman while still in the midst of his first marriage without disclosing the previous marriage.

Status of the Children Born out of Second Marriage: According to Sections 11 and 16 of the Hindu Marriage, if a kid is born from a void marriage, that child will be treated as legitimate since if the marriage of the child’s parents had been valid, the child would also have been treated as legitimate. The child has a lawful and legitimate right to all of his or her father’s or mother’s property, save for the ancestral joint family property, because the child is legitimate.

Sarla Mudgal v. Union of India & Ors: In this case, it was held that one personal law cannot make the marriage conducted according to the other personal law dissolved. If a person converts himself/herself for marrying a second time the marriage would be considered void and the person committing the act will be charged under section 494 of the Indian Penal Code.

Under the Parsi Marriage and Divorce Act, there is a provision which states that even if the person converts himself/herself, that person will have to adhere to Parsi law, and under Parsi law, bigamy is a punishable offence. Therefore, in Parsi law, conversion is not an option for second marriage without divorce.

How to file for divorce?

If the person has committed bigamy, then the other spouse can file for divorce on this ground by following the given procedure.

Get in touch with the best matrimonial lawyer

Conclusion: In India, marriages are mostly performed according to personal law. Parsi Law and Hindu Law make it clear that a second marriage is void. In Islam or Muslim law, four marriages are allowed only if the husband can give equal rights to all the wives. Also, a woman can remarry only after the dissolution of her first marriage. (With Inputs From Lawtendo) 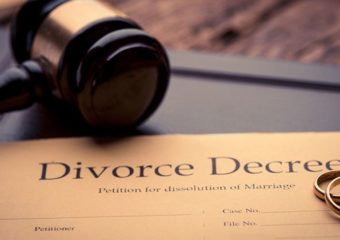 Khula, the third type of divorce, is the unconditional and absolute right of the Muslim wife, is on a par with the husband’s right to talaq, and is not subject to his consent. Several State laws such as in Odisha, Bihar, Assam and West Bengal do provide for the registration of khula. It is wrong to presume that she must necessarily surrender her mehar (dower) for getting khula because the Koran discourages men to take back the gifts given to their wives and the dower is indeed a free gift. The moment she decides to divorce her husband under khula, the husband has no right to oppose it.

Muslims upon desire may choose to seek divorce mutually through Khula, etc where they may decide the terms mutually and have the same facilitated by a Qazi. The said service depending upon the clients and its needs can be provided for drafting the talaq and also for execution before Qazi (Maulana), between the couple and obtaining the said talaq. 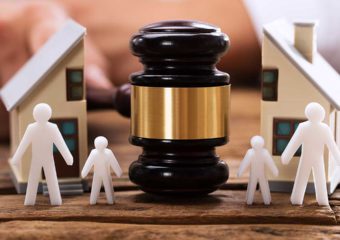 In divorce proceedings, the most complex and emotionally drenching issue is that of child custody. Children, young and at times infant have to bear the pain for no fault of theirs. Due to the extreme emotional attachment, both parents want to keep the custody of the children. In Indian set-up, such question is decided by the court of Guardian and Wards. Welfare of the children is the paramount consideration before the Court while deciding the question as to who is entitled to have the custody of children. Custody of children can be divided in to three parts:

1) Permanent Custody: After determining all issues, Court grants permanent custody of children to one of the party.

2) Interim Custody: During the pendancy of the case and otherwise, court can grant interim custody to one of the spouse. It is also possible that Court grants interim custody of children to the other parent at the times of vacations, holidays etc.

Contested Divorce implies party desirous of divorce approach the family Court/Civil Court for the dissolution of marriage. Spouse seeking divorce has to take one of the grounds provided under the law of contested divorce.

1. Divorce on the ground of Adultery

2. Divorce on the ground of Cruelty

3. Divorce on the ground of Desertion

4. Divorce on the ground of Conversion to another religion

5. Divorce on the ground of Unsoundness of mind or mental disorder

6. Divorce on the ground of Virulent and Incurable form of leprosy

7. Divorce on the ground of Venereal disease

8. Divorce on the ground of Renounce the World

9. Divorce on the ground of Not heard for a period of seven years or more

10. Beside above, there are couples of additional grounds for divorce available only to female.

Contested Divorce proceedings commences with filing of Divorce petition. Family Court/Civil Court causes a notice to be served on the opposite party for appearance.

On receipt of summons, opposite party has to appear in person and/or through divorce lawyer and file the response.

Court may try to resolve the differences between parties to start with by conducting conciliation or sending the matter to counselor/mediation center. If there is no settlement between parties, divorce case proceeds as per procedure.

Once initial allegation and response and counter allegations process are over, which is called pleading, case is set up for evidence after determining issues of controversy between parties.

Party initiating contested divorce has to start with the evidence first. Other party is given a chance to cross examination witness/es of the opposite party.

After that responding party i.e. Respondent has to lead evidence. Similarly, cross examination process is conducted by the divorce lawyer of opposite side.

After conclusion of evidence, Final arguments are advances by divorce lawyers from both sides.

Then the court pronounces judgement. If party initiating divorce is able to prove the case, Family Court/Civil Court will grant the decree of Divorce.

Contested Divorce is a long process requiring through professional work and approach. Good Divorce lawyer take through these challenging and arduous task by his/her expertise and your counsel through turbulent and emotional time. 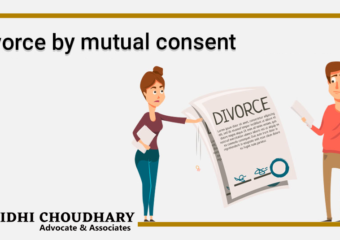 Divorce by Mutual Consent is the simplest and easiest way of dissolving a marriage. For easy understanding, the procedure for mutual consent divorce is laid down as under: –

1. Both parties, i.e., husband and wife, have to reach a mutual understanding and agreement regarding the terms and conditions of divorce.

3. A Divorce Petition will be drafted, which will include terms of settlement agreed between the parties.

4. Such Mutual Consent Divorce Petition shall be filed in the Court as court procedure.

5. A matter will come up for hearing in the court and, generally, parties have to be present before the court and their statements are recorded.

6. After the recording of statements, the first motion will be passed.

7. The court gives six months’ time to the parties to reconsider their decision. This is called the “cooling period” generally. Second Motion is set up.

8. The aforesaid steps shall be repeated. Statements of the parties will be recorded again.

9. After such a recording of a statement, the court will grant a passing order and judgement. The decree for divorce is then granted.

DIVORCE BY MUTUAL CONSENT, BY POWER OF ATTORNEY & VIDEO CONFERENCE

Some states, like Delhi, allow the statements of one party to be recorded through power of attorney. Some courts, along with powers of attorney, also conduct video conferencing for Mutual Consent Divorce. This process is quite useful and advisable in the case of a party or parties living outside India. Thus, divorce by mutual consent for non-resident aliens is possible without physical presence. It saves time, energy, and money. Six-month Waiver in Mutual Consent Divorce: – The law specifically provided a six-month gap or waiting period between the first and second motion. Prior to 2009, compliance of six months’ waiting was not mandatory. But, in 2009, the Supreme Court made it mandatory and took away the power of the Family Court or the District Court to waive the period of six months. But, the Supreme Court still has the power to waive the period of six months. Thus, the Supreme Court is the only court which has the power to dissolve a marriage in less than six months.

Get in touch with the best mutual divorce lawyer

Nidhi Choudhary Advocate and Associates (NCAA) is one of the leading full-service law firms in India, catering to domestic and international clients.